With former postdoc Andrew Leslie and former Yale graduate student Jeremy Beaulieu, we are collaborating with Peter Crane (Yale School of Forestry and Environmental Studies) on several projects concerning the diversification of conifers. One published study documented a difference in long-term evolutionary dynamics between the conifers in the Northern and Southern Hemispheres. A second project is focused on the evolution of breeding systems in relation to the evolution of fleshy cones/seeds. We have shown that the well-known species-level correlation between the dioecious breeding system and fleshy propagules is not primarily a function of multiple evolutionary events; nor is it a function of heightened diversification in clades with this combination of traits. Instead, it may simply reflect the long-term evolutionary persistence of this “strategy” in comparison with others. 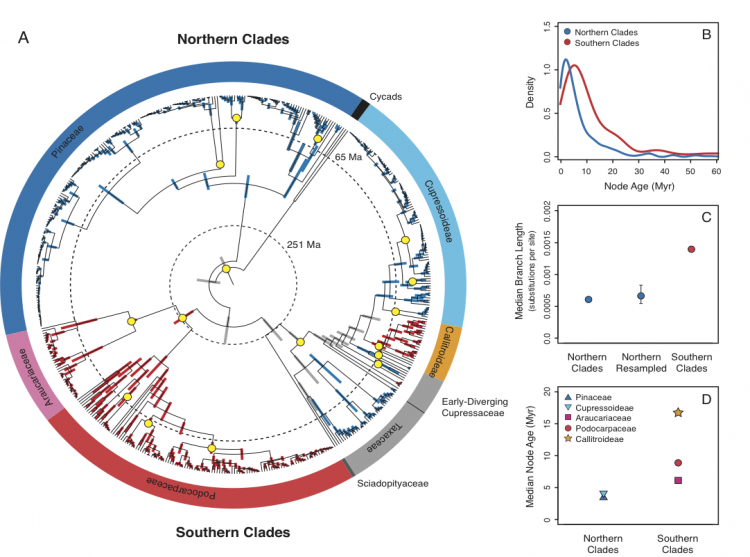